LG Launched its Latest Device Belong to G-Series Known as the LG G8x ThinQ at IFA Event this Year, Finally, its Launched in India. The Device packed Some of the Top-Notch Specification along a Secondary Display offering a 2.1-Inch Display. The Device capable of Handling Two apps at a Simuntaelosuly, Even you can use controllers for the games.

It comes with a 6.4-inch Full HD+ OLED waterdrop Notch as a 19.5:9 aspect ratio Full vision Display Featuring a 2.1-inch Secondary Display. However, as for Privacy Concern, it having a Flash In-Display Fingerprint Scanner.

Under the Hood, The Device is Powered by Qualcomm Snapdragon 855 Soc Coupled With 6GB of Ram and 128GB of Storage. Further, you can Expand Storage using dedicated MicroSD Card Slot up to 2TB Storage. The Device is Run on Android 9.0 Pie Based Customized UI Sport Multiple apps on dual Screen on a Device. 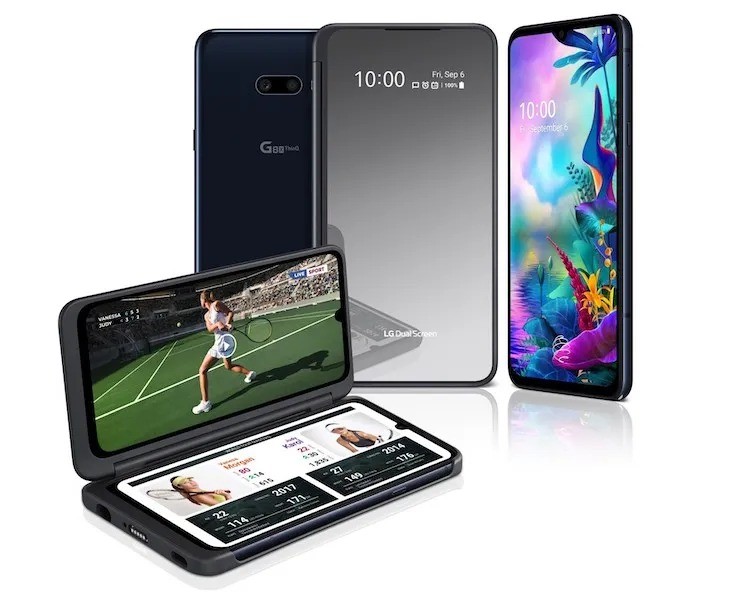 In the Terms of camera Performace, The Device Comes With a Horizontal Aligned Camera placed at the centre of the rear panel Housing 12MP f/1.8 Primary + 13MP f/2.4 Super-Wide-angle lense along LED Flash light. While the front is a 32MP Front Selfie Shooter hidden inside the waterdrop Notch Display.

As for Connectivity, it having a 4G LTE, dual-band Wi-Fi, Bluetooth 5.0, USB Type-C port, and A-GPS with GLONASS. To Power the Device, it packed a massive 4000mAh battery using a Quick Charge 3.0 Fast charger Support. There is an IP68 Water and Dust Resistance Design.

It initially comes at Price of ₹49,999/- and to be available across Retails stores from tomorrow. Thanks for being with us, Share your more valuable opinion and feedback in the comment Section Down below. Stay tuned for more further updates in future on same.

Motorola One Vision Brings 48-megapixel, 21:9 screen and looks less like

Nokia 2.3 launched in India at Rs 8,199: Price, availability, and features