Lenovo Second Generation TAB M10 is been about to Launched Soon, The Device is been listed on Android Enterprise in October and Recently Spotted on the FCC Website. Looking like the Device Could be launched Imminent. 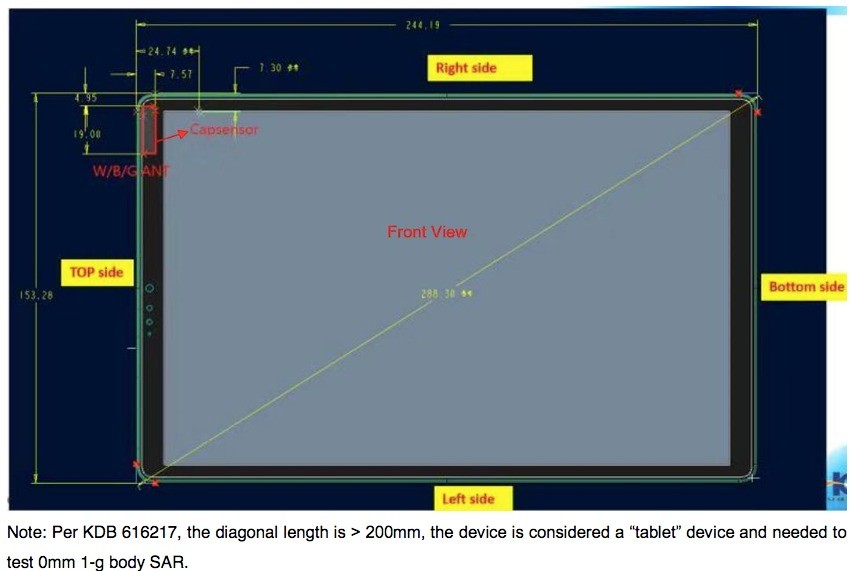 According to FCC Report, The Internal model Number of the Device is TB-X606F. The Dimension of the Device Measured to be a 244.19mm x 153.28mm (Diagonal: 288.30). Meanwhile, The Device Sport a Single Rear and Front Camera. The 3.5mm Audio jack Still Remain the Device on the top of Device.

To Power the Device, it Equipped With a 5000mAh battery using a 10W Charger of a model Number SC-41 Bundled in the Box. Also, It Supports Lenovo CD-100 Power Station. We Belive there Were Some Minor Updated over Lenovo M10 and it Will Comes with a 10.3-Inch Display With Thinner Bezels Compare to its predecessor.

Furthermore, The Device Might be Powered by Octa-Core Soc Coupled With 4GB of Ram and 128GB of Onboard Storage. Not to Mention, The Device Will be Run on Android 9.0 Pie out of the box. However, The Device having a Daul Speaker grills and a USB Port on the bottom of the Device.

On the Other Hand, The Current Generation Lenovo M10 Sport a 10.1-inch With a 1920×1200 Pixel Resolution WUXGA Display Pan. in the Terms of Camera Performance, it Having a Single 5MP Rear camera and a 2MP Selfie Shooter. It also offers a Dolby Atmos Support and Two Front Facing Stereo Speakers as well. Moreover, there is a 4850mAh battery, and it Claims to Provide an 8hrs of Talk-Time.

It Comes with a Volume Rockers and a Power button placed on the Right of the Device. unfortunately, This is all the Information all We have as of Now. Thanks for being With us, Share your Valauble opinion and Feedback in the Comment Section Down below. Stay tuned for more further updates in future on Same.

Samsung is Geeting SUED: Behind the Scene “The Real Reason”