IQOO upcoming gaming-centric smartphone, the IQOO Z1x is going to be launch in China quite imminent. As the device aimed for the mid-range affordable smartphone market and the device seems to be quite promising, so let’s take a closer look toward the device and know more about it.

This device will come with a 6.7-inch of LCD Display panel featuring a Full HD+, Where the device includes a punch-hole camera cutout and some reports suggest the device might have a waterdrop notch on the top of the device.

However, the display of the device might support a 120Hz, or higher refresh rate deliver a smooth scrolling accompanied by a Higher touch sampling rate so far. Moreover, IQOO always delivers an immersive display panel on their device. 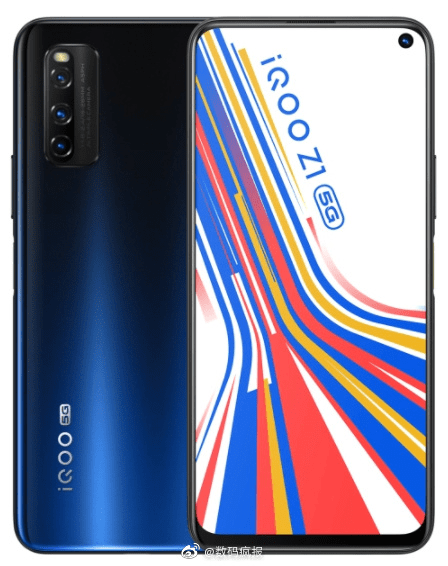 Under the hood, the device is going to be powered by Qualcomm Snapdragon 765 Mobile platform based on octa-Core CPU paired with an 8GB of Ram and 128GB of onboard storage. Moreover, to power the device, it was going to equipped with a 5000mAh battery using a 33W of fast charging solution bundled in the box.

In terms of camera, the device will have a Triple rear camera module placed on the upper left corner of the device. Therefore, it was housing a 48MP primary camera sensor while the device spotted on several Certification websites with internal model number V2012A.

Furthermore, the device has been running on Android 10 based OS out of the box. Not to mention, the device initially going to launch in China and then later arrive at other markets. According to reports, the starting price of IQOO Z1 expected to be price at 2000 Yuan (~$ 283).