Recently Micromax company of the  Tuesday event in Delhi then launched his two smartphones Infinity N11 and N12  which these are firstly smartphone of this company which came with the notched display. Micromax has a great partnership Reliance Jio to get the cashback of every user which his phone recharge to the Rs 198 or Rs 299 plan.

MICROMAX INFINITY N12 SPECIFICATION
this Micromax N12 comes with a 6.19-inch HD notched display top on the 720×1500 pixels of screen resolution, it has the18:9:9 aspect ratio and the smartphone packs the dual rear camera 13MP and 5MP with support the AI algorithms for auto photo optimisation and 16MP on the single front camera wide-angle lens.
the device has the latest MediaTek Helio P22 processor, it has 2GHz clock speed paired with the 3GB of RAM with inbuilt storage 32GB, users keep the documents and images safely and it runs on Android Pie out of the box. there has the capacity of massive 4000mAh.

Microsoft N11 SPECIFICATION
some specification same the Micromax N12 as the N11 with some differences as like Micromax N11 has the 6.19 inches of the screen resolution 720×1500 pixels. it has an aspect ratio of 18:9:9. N series has the Horizontal dual rear camera 13MP and 5MP then selfie shooter has the single capture 8MP.

Micromax N11 based on the MediaTek Helio P22 processor, it has the clock speed 2GHz and coupled with 2GB of RAM,32 internal storage which is enough to download the music, keep the personal documents. the device runs Android Pie the phone has a capacity of 4000mAh battery which uses to approx 2 days.
the smartphone has the fingerprint sensor which rear side, with a face unlock sensor which opens the device directly and some related sensors to most of the phone as let us see accelerometer, ambient light, gyroscope, and a proximity sensor and there is 3.5 mm headphone jack. 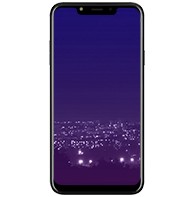 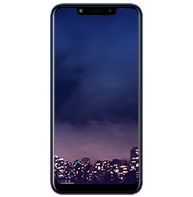 Micromax N12 infinity has decided the price of Rs. 9,999 3GB of RAM, while the N11 infinity has the set of the price Rs.8,999 with the 2GB of RAM and comes with three different colours Viola, Blue Lagoon and Velvet Red. this phone will come in offline on December 25. let see all these specifications same as same.

Thanks For Being With Us let us Know your thoughts in the Comment Section Below. Stay tuned for More Further Updates.