Huawei upcoming 5G smartphone has been surfaced online, and the device is spotted over TENNA Certification website with the internal model number TNN-A00. Some tipster suggested the device might be Huawei Enjoy 20s. The device seems to be quite promising so let’s take a closer look toward the device and know more about it. 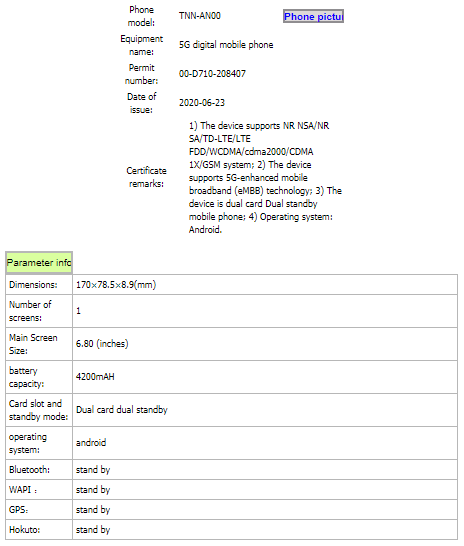 It will come with a 6.81-inch of IPS LCD display panel with the support of Full HD+ pixel resolution. Whereas, the screen is to be a 20:9 aspect ratio delivering a 1080 x 2400 pixel resolution. On the other hand, there was some certification also suggested that this device could be debuted with marketing term Honor Play4.

Therefore, the dimension of the device measured as 170×78.5×8.9mm and the weight of the was 212 grams. Additionally, the device is going to be equipped with a 4300mAh battery using a 44.5W of fast charging solution bundled in the box.

Unfortunately, there Are no further details available about the device so far. Thanks for being with us. We would like to know your valuable opinion and feedback if there is any query share with us in the comment section down below. Stay tuned for more further updates in future on same.

How to Add Multiple Profiles on Amazon Prime Video