Huawei’s upcoming budget affordable smartphone, the Huawei Nova 8 series, includes Huawei Nova 8, Nova 8 Pro, and Nova 8 so far. However, the Huawei Enphu 20 and Enjoy 20 Plus 5G are scheduled to launch later this month in the month of October, and the Huawei Mate 40 Series expected to launched quite imminent. The device seems to be quite promising so let’s take a closer look at the device and know more about it. 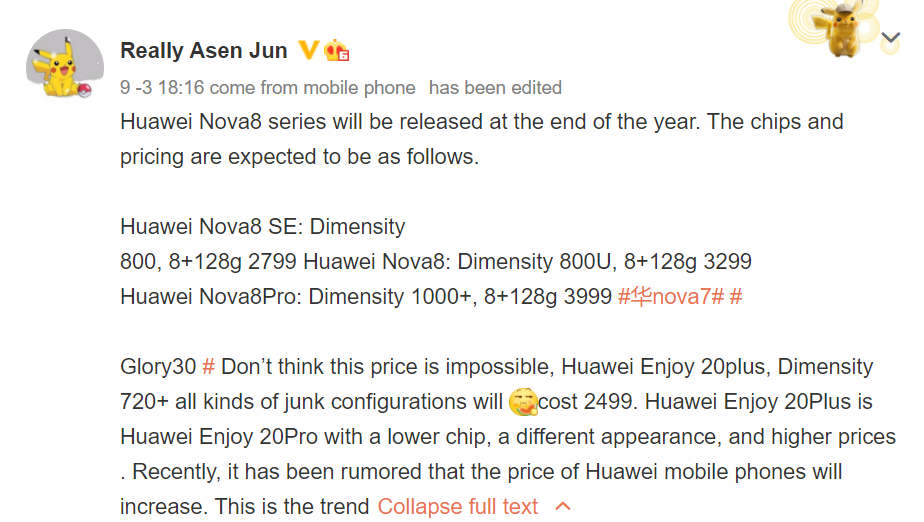 Furthermore, some Huawei device is also going to be powered by Huawei in-house Kirin SoC’s as the device listed with the internal model number CDN-AN00. The device has been received the 3C Certification and the device to be equipped with a 40W of fast charging solution bundled in the box.

Oppo A53 officially arrives to Pre-order in Indonesia -Key Specification