Huawei’s upcoming budget affordable smartphone to Huawei Nova 7 series. The device rear and front design are being leaked. Let’s take a closer look forward to the device and know some of its specifications.

The rear panel of the device seems quite comfortable for holding because it made using a rear glass panel. Which is normal nowadays and the device also having and triple rear camera module align vertically placed on the upper left corner of the rear panel. However, the reports also suggest that the device also going to deliver. This Device also supports for 50x digital zoom meaning there will be a periscope sensor. 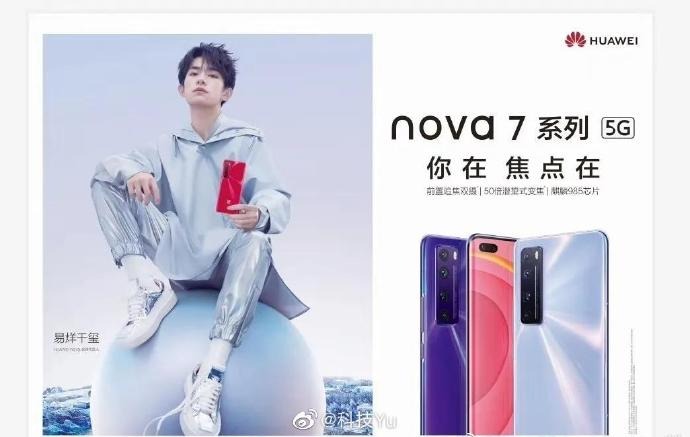 In terms of the front, there is a curved display panel expected to give an appreciatable screen to body ratio. There is a dual punch-hole camera cutout placed on the upper left corner of the screen suggests placing a front camera lens. We don’t know a lot about the configuration of the display. But it likely supports an in-display fingerprint scanner because we can’t find it on the rear panel.

According to reports, there will be three different colour variants available: gradient white, gradient blue and gradient red. Meanwhile, there would create a different smartphone that includes in the Nova 7 series with Nova 7 5G, Nova 7S 5G and Nova 7 Pro 5G. As of now, there is no confirmation and details available so take it as a pinch of salt.

Huawei expected to lose the Huawei Nova 7 series imminent. Which scheduled to launch on April 23rd in China. We believe the device will powered by Huawei’s in-house Kirin 820, Kirin 985 and Kirin 990 5G chipset.