Iran what is going to launch their latest affordable smartphone belongs to Nova series. They have already announced the know Nova 7i in February I had of official launch as a treasure. There was a lot of humus and legs surfaced online.

The Nova 7i series includes the Nova 7, Nova 7 SE and Nova 7 Pro smartphones. Likely according to weather reports Nova 7 series will be launching on April 23rd and will be available later from April 28. 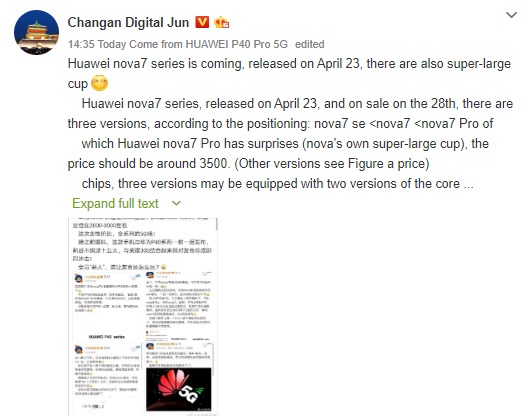 Not to mention, it is important to have a smartphone with 5G connectivity support. Because China is supporting the mainstream 5G connectivity. According to the latest reimburse the device might be caused from 493 dollars or 456 dollars, notably the Nova 7 and Nova 7 SE should be cheaper.