Huawei launched its new Huawei Matepad T8 Tablet Romania. This device has a lot of features and modern technology. The device has powered by MediaTek MTK8768 Octa-core Processor and Packed with 5,100mAh battery. Alongside, Huawei launched it’s two affordable smartphones, the Huawei Y5p & Y6p official in Europe, the device used to be quite promising, let’s take a closer look to the device and you more about it.

Under the hood, It has powered by MediaTek MTK8768 Oc-core processor Chipset. This Chipset Coupled with 2GB of RAM 16GB/32Gb Storage On-board. Storage can be further increased up to 512Gb storage via using MicroSD card. It runs the Latest Android 10 based on EMUI 10 out of the box. 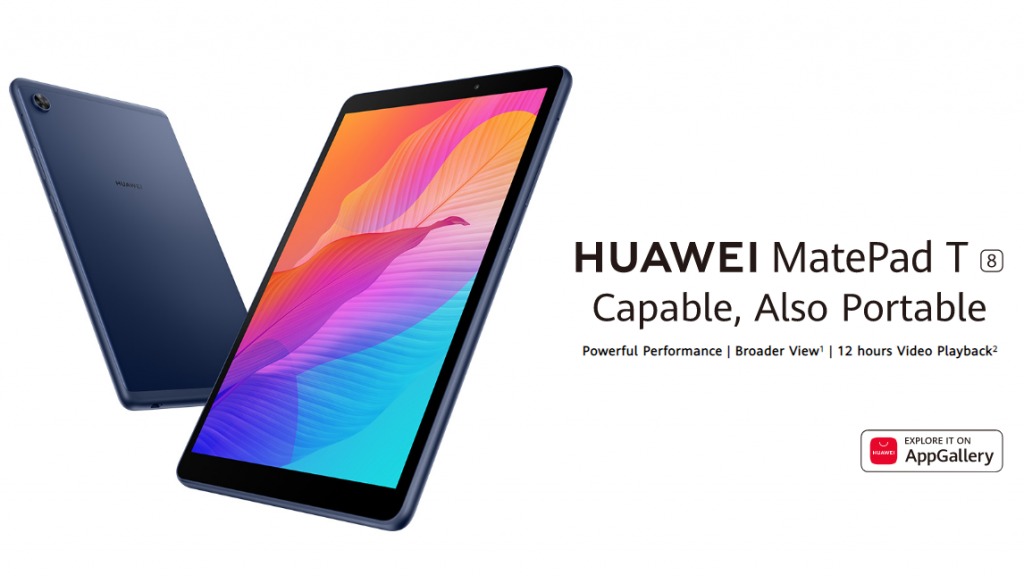 In term of the camera performance, Huawei MatePad T8 comes with a single 5MP camera on the Rear panel and single 2MP Front Camera for video calls and capture beautiful pictures.

Sensors on the device include an accelerometer, a gyro sensor, a geomagnetic sensor, a hall sensor, proximity sensor, and an RGB light sensor. Connectivity options on the smartphone include 4G VoLTE, Wi-Fi 802.11 a/b/g/n/ac, and Bluetooth 4.2.

Huawei MatePad T8 Starting priced at RON 500 (Rs. 8,400) in Romania. it is available next month, Romanian sites Mobzine and Mobilissimo report. This Tablet is available in in a single Deep Sea Blue colour option.

Thanks for being with us we would like to know your valuable opinion and feedback. If there is any query share with us in the comment section below. Stay tuned for more father updates in the future on the same.