Honor upcoming affordable smartphone, the Honor X10 has been scheduled to launch on July 2nd in China. Where the device reportedly, key specifications surfaced online. Therefore, the device going to join the Honor X10 alongside the Honor X10 pro. The device seems to quite promising so let’s take a closer look toward the device and know more about it.

Furthermore, the device having a round corner and the speaker grill was placed on the bottom of the device alongside a microphone speaker grills. Notably, the device seems to be quite thick and the higher screen-to-body ratio. Moreover, the device spotted with the Blue coloured edges in the official treasure. 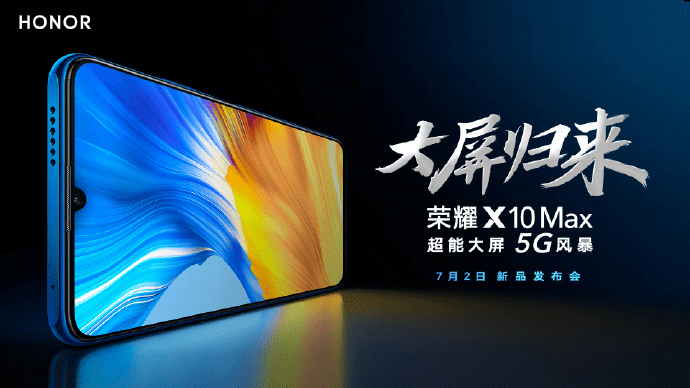