Huawei is preparing for their upcoming smartphone or might be its sub-brand Honor. Meanwhile, this is because Huawei has banned from trading in us, but likely Huawei pushes their smartphone with the help of Honor. Where they Re-branded or slightly lower configuration smartphones for an international market, they have been doing well in China, and there is no major effect, Ranking faced by Huawei.

The upcoming events from the Honor have scheduled for April 15 for Honor 30 series. We have also known a lot about the honour 30 device thanks to the Geekbench benchmark listing. A new Geekbench listing revealed the latest device model number as the EBG-AN00. 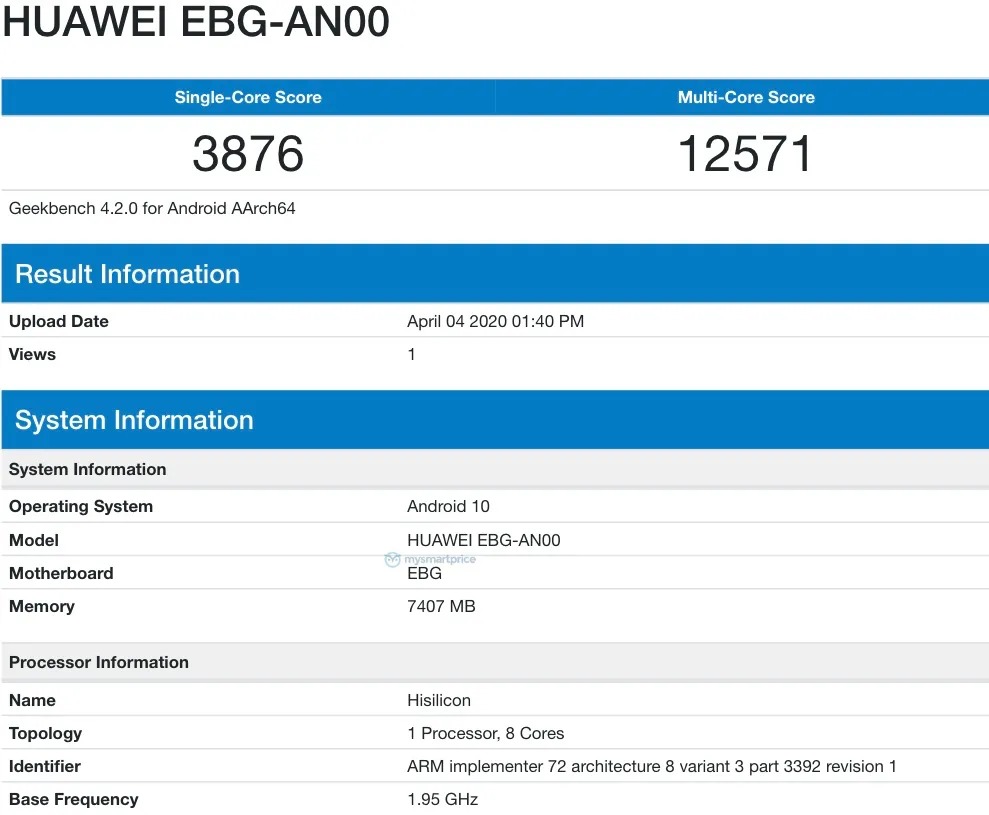 The device with an internal model number Huawei EBG-AN00 Achieved a score of 3876 points in Single-core and 12571 points in multi-core. The device run on Android 10 based EMUI out of the box. Under the hood, there would a Huawei in-house HiSilicon kirin Soc octa-core processor clocked at 1.95GHz.

Furthermore, We believe that the device might also be going to Use a 5G connectivity modem integrated into the processor. This is because the US and China having aa goos 5G network and been used in the mainstream.

According to reports, the device internal model number likely to stand for “Edinburgh.” Meanwhile, the device expected to arrive initially in the United States. The device will offer a 40W fast charger solutions used the same used on Huawei P40.