Honor has officially launched there latest affordable smartphone, the Honor 30S. Where the device aimed for a Mid-Range smartphone. Meanwhile, the device joined the Honor 30 Series which includes an honor 30 and Honor 30 Pro+ back in May in Russia. The device seems to be quite promising so let’s take a closer look toward the device and know more about it. 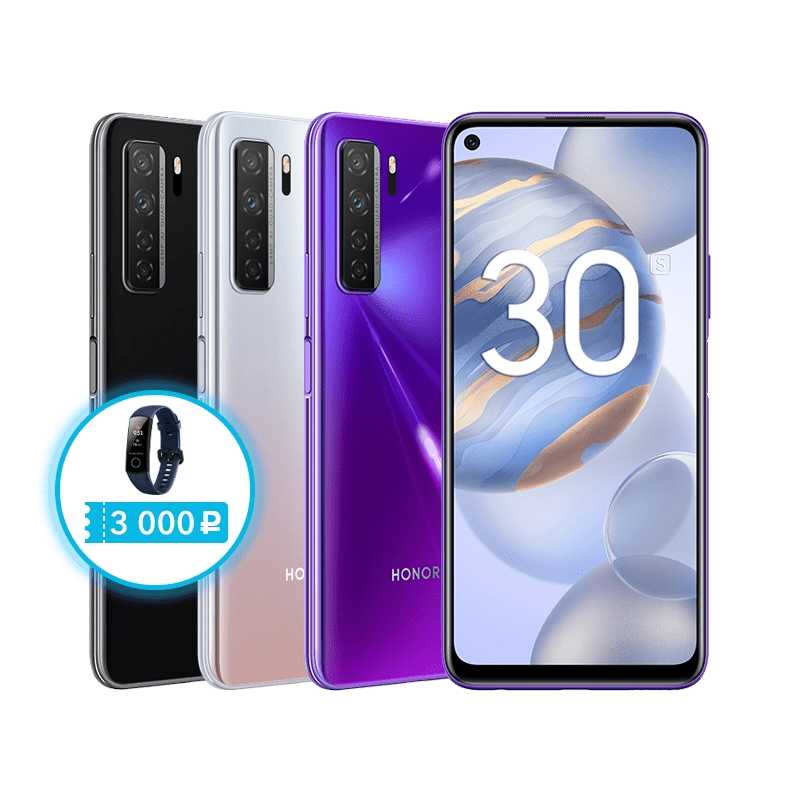 This device is a rebranded smartphone

of the Huawei Nova 7 SE, Which was launch already in china. This device comes with a 6.5-Inch of an LCD Display panel with a Full HD+ pixel resolution. Meanwhile, the device having a Single punch-hole camera cutout.

In terms of camera performance, the device having a Quad rear camera module aligned vertically placed on the upper left corner of the rear panel. There the device housing a 64MP Primary + 8MP Ultra-Wide angle lens + 2MP Macro lens + 2MP Depth sensor while the front was having a 16MP Selfie shooter hidden inside the punch-hole camera.

Under the hood, the device is going to be powered by Huawei’s in-house Kirin 820 Mobile platform based on octa-Core CPU. Moreover, the chipset of the device paired with a 6GB of Ram and 128GB of onboard storage. Further, you can expand the storage using a dedicated microSD card slot.

Furthermore, the device is running on Android 10 based custom Skin EMUI 10.1 out of the box. Additionally, to power, the device is going to equipped with a 40W of fast charging solution bundled in the box. On the other hand, the device initially comes in three different colour variant as following the Neon Purple, Titanium Silver and Midnight Black colour option. The price of the device was RUB27,990 (US$403) for the 6/128GB memory configurations.

Motorola One Fusion+ launched in United State for the $399

How to download and use QGDP tool SMT – Quick Guide