Hisense launched its latest e-ink Display device, Which’s a 2020 edition of previously launched Hisense A5. This Device Showcased on CES 2020. This is the World’s first Coloured e-ink Display Smartphone. 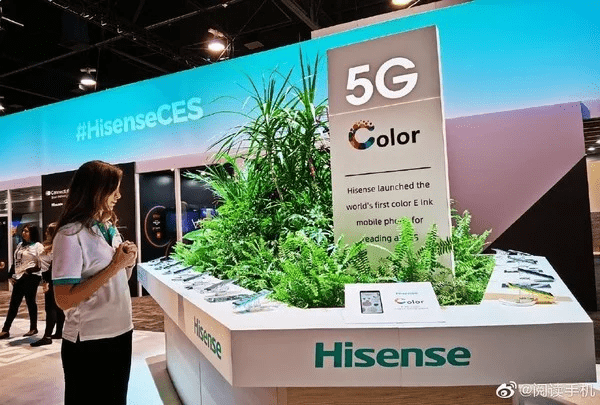 According to Hisense, This e-ink Display and the Coloured e-ink Display is been matured. Which means they can mass-produce this kind of Coloured e-ink display if consumer demand for them. Also, These come with a better and improved refresh rate compare to the previous e-ink technology display alongside a More vibrant colour reproduction.

Similarly, if Smartphones manufacture adopted this technology for a their entry-level smartphone then the device would be more affordable than the current generation Entry-level smartphones. As of now, this A5 is been there for a Concept on CES2020. Even, This is a smartphone for those who want to focus on their work instead of watching videos or spending times.

Not to mention, This coloured e-ink display won’t damage your eyes even for a long season compare to LCD or OLED Display. The main problem with an e-ink display is that they don’t have a higher refresh rate but this having, Unfortunately, there is no information about the Refresh rate value.

Furthermore, Hisense launched an e-ink smartphone last year known as Hisense A5. Which are a Simple Black and White e-ink display technology. Which used in Kindle or E-Reader tablets. These smartphones were quite affordable and Will be available in Mid-Range segment. 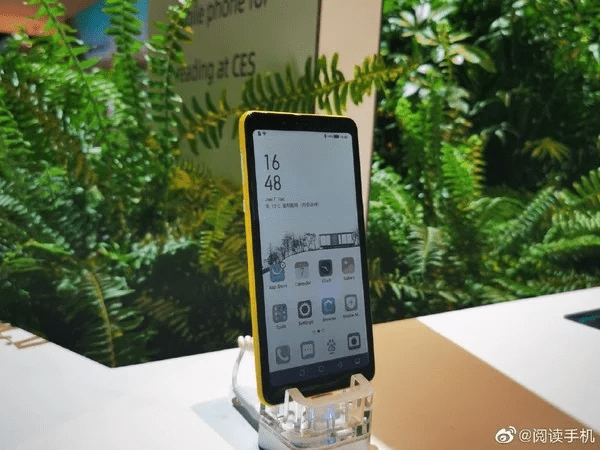 As fare We Know, The First generation of e-ink display debuted in 2012 and is designed by YotaPhone. Likely, a Color Display could be used as a Primary display and Secondary display might be used to Rear panel of the device.

Onyx Developed their smartphone back in 2013, but only with e-ink.  These devices expected to be Mainstream in a couple of years. Unfortunately, there is no official confirmation about the device will be available commercially.

Thanks for being with us, Share your valuable feedback and opinion in the comment section down below. Stay tuned for more further updates in future on same.