After a Huge Break for Smartphone Marker, The Gionee is Supposed to Come With a New Device. Recently Gionee Mobile official WeChat Account Published about their New Smartphone M11 and M11s.

Where they Highlighted Six Features of their Device. We appreciate Gionee to be Comeback and Expected to Launched Aggressive Smartphone. They Start With its M-Series Smartphone.

Gionee M11 and M11s Supposed to Comes With a 6.3-inch Full HD+ Display with a Bezel-less Device. While in Rear Panel, They also Used a Glass Supposed to be a Corning Gorilla Glass for Protection on Both Sides. 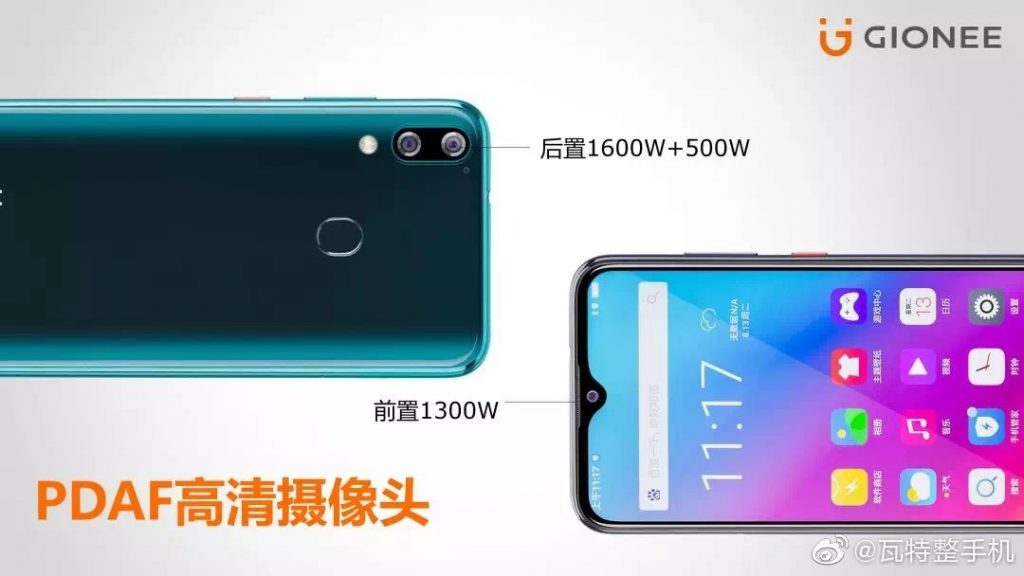 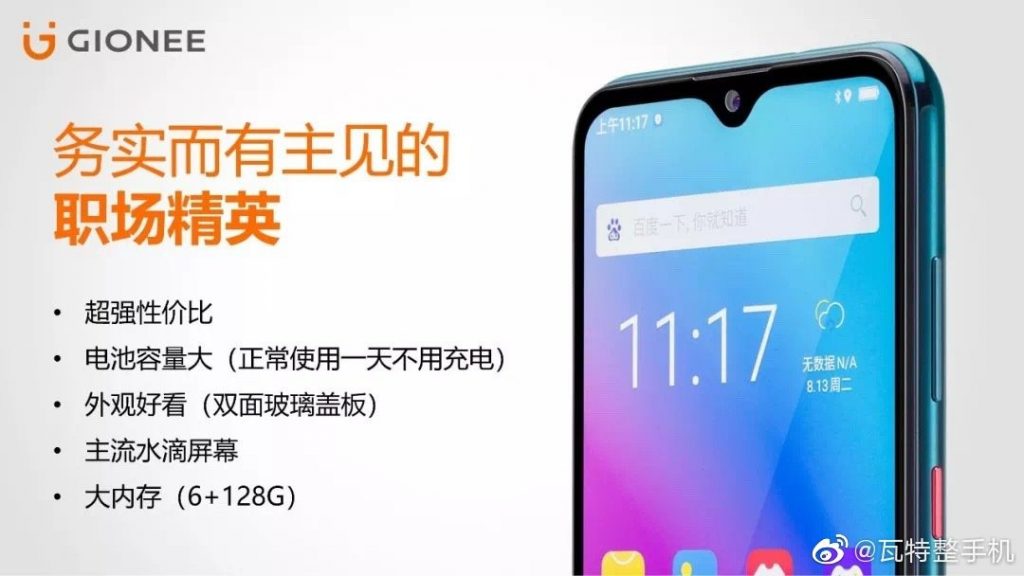 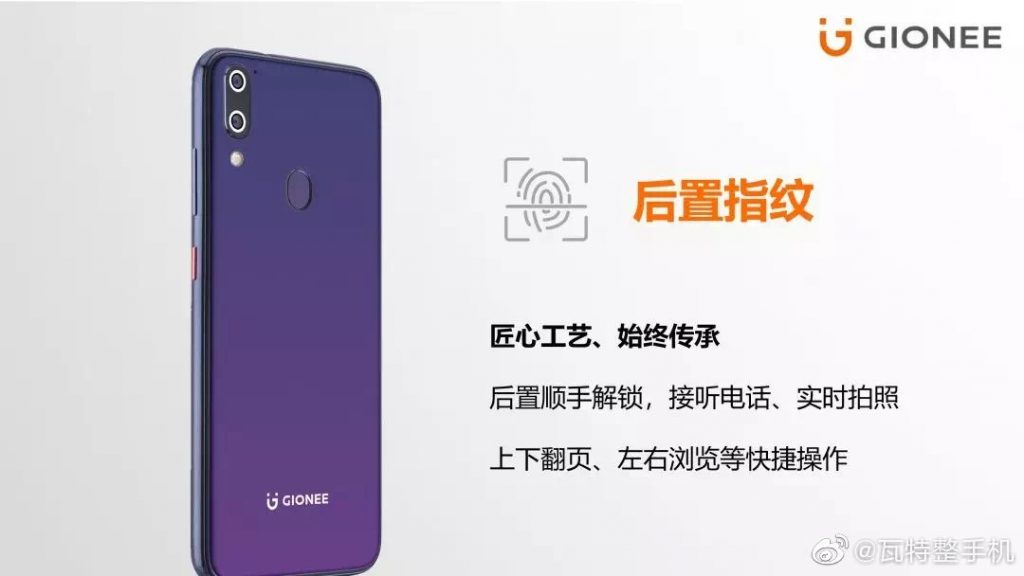 Nowadays, Smartphone generally uses a 19.5:9 aspect ratio Maybe it Could there in Gionee M11 and M11s. The display used in Device Consists of Waterdrop Notch Hidding a 13MP Selfie Sensor Inside it.

In the Terms of Camera, There Will be a Dual Rear Camera Sensor Equipped With 16MP Sony IMX398 Primary + 5MP Secondary Sensor. Therefore, The Device Will having a Rear-Mounted Fingerprint Sensor for Biometric Authentication.

The Fingerprint Sensor is Located Slightly Higher than General Smartphone placed. Could be Quite be Awarded to Stretch Finger to Unlock the device. Rear Camera also Equipped With an LED Flash below the Camera Module. 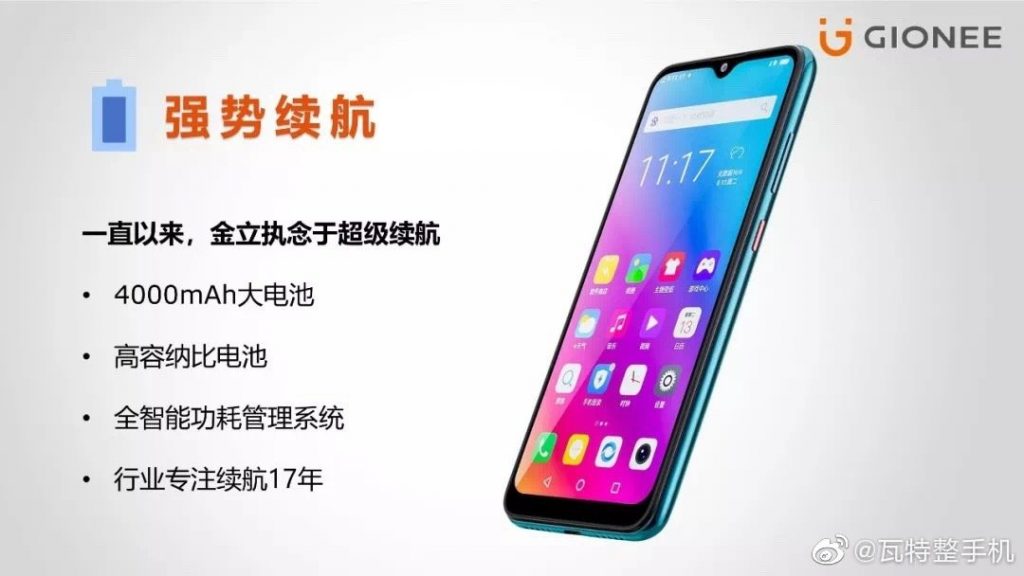 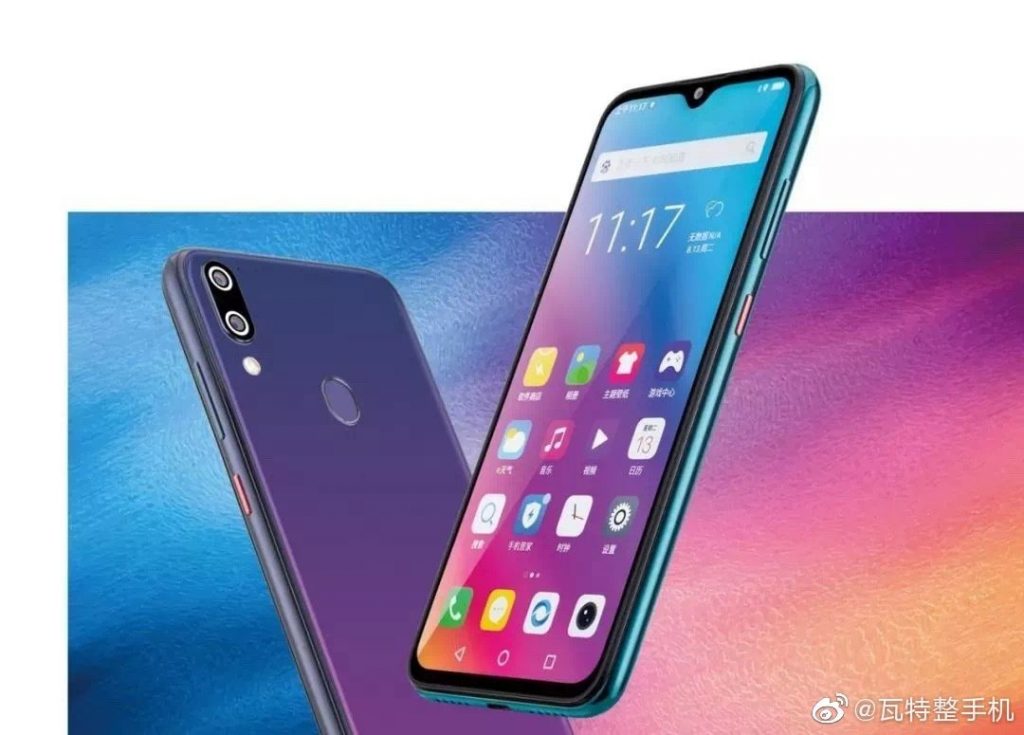 Under the Hood, There Will be a 6GB of Ram and 128GB of Onboard Storage. We Don’t Know about the Chipset used in this Device. To power the Device, They packed a Massive 4000mAh battery.

No Words about the Charging Technology and Port. They Say the Device Will be AI Power Saving Management During Lock Screen AI Memory Cleaning and More. If the Soc is based on 10nm or 7nm, it Would use More Less power to provide More Battery Life. 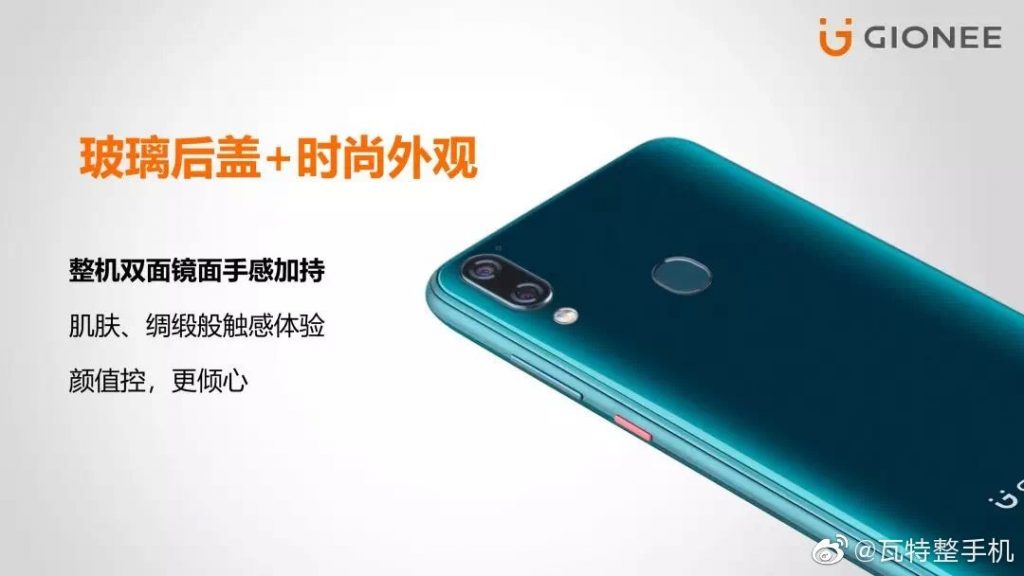 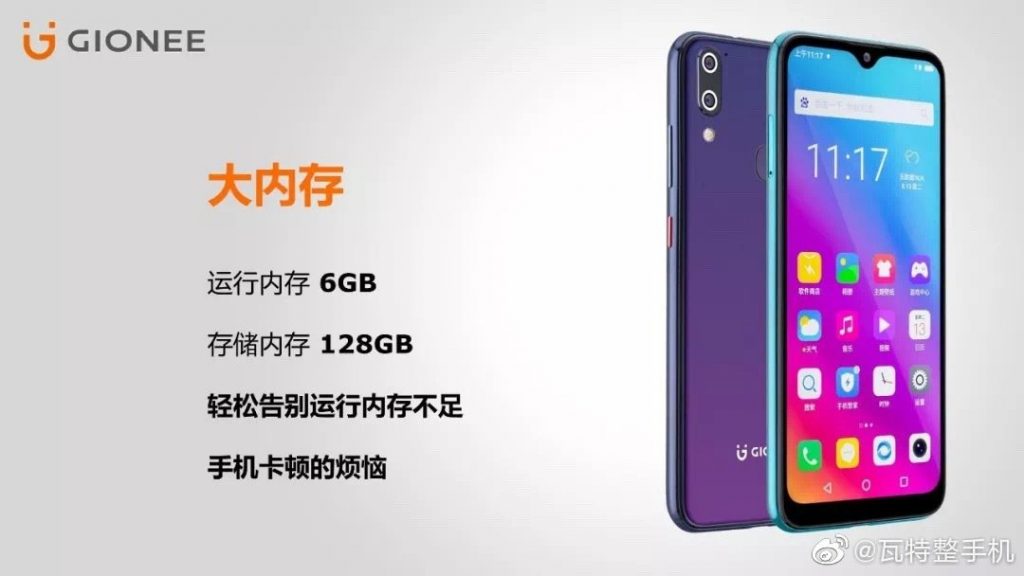 Moreover, The Processor, price and Release date of Gionee M11 and M11s Have Not yet been Announced. Looking like the Primary Color on Device Will be a Gradient Blue and Purple.

Thanks for Being With us, Share your Valuable opinion and Feedback in the comment section down below. Stay tuned for More Further updates in the future.

Top Upcoming Smartphones Expected to be launched in September 2019.

Huawei Nova 5i Set to be launch on 26 July; full specification