First thing first, the device has been spotted on Geekbench revealed it’s a key specification and more about the device. There the device has been listed with the internal model number 1003DD. The device’s primary aimed was performance and stand as the flagship smartphone. 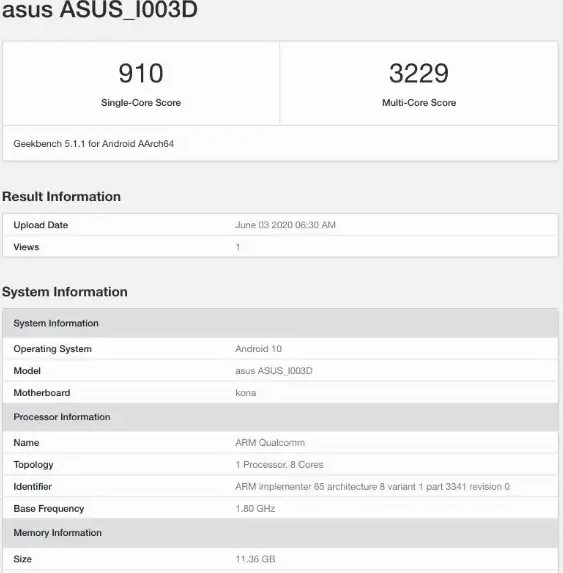 furthermore, the device has been achieved a score of 910 Single-core and 3229 multi-core CPU points in the benchmark performance test. Obviously, the device tested was the top-notch variant but thee would be more device that will be debuted with the launch. Additionally, Asus is been a partnership with Unity to deliver the best performing mobile games.

According to reports, there will be five exciting features that going to introduce with the ASUS ROG 3. On the other hand, the device has also spotted on Wi-Fi Alliance reveals the device with the Qualcomm QCA6390 modem for connectivity. However, the device packed a 2×2 DUal-Band Wi-Fi a/b/g/n/ac/ax, Wi-Fi Direct, and Miracast.

Unfortunately, there are no further details available about the device but there will be in a couple of days. Thanks for being with us, We would like to know your valuable opinion and feedback I there is any quey share within the comment section down below. Stay tuned for more further updates in future on same,