Asus upcoming gaming centre latest smartphone would be ROG Phone 3, which is the answer of ROG phone 2.the device work why powerful and become one of the most popular gaming smartphones for the last year with its fantastic top-tier specification at a very competitive price. The device always seems to be quite powerful and promising, so let’s take a closer look towards the device and know about it.

Asus ROG 3 has been spotted on Geekbench and later it was also spotted on Wi-Fi alliance certification website suggest to be the device is going to be launched quite imminent. 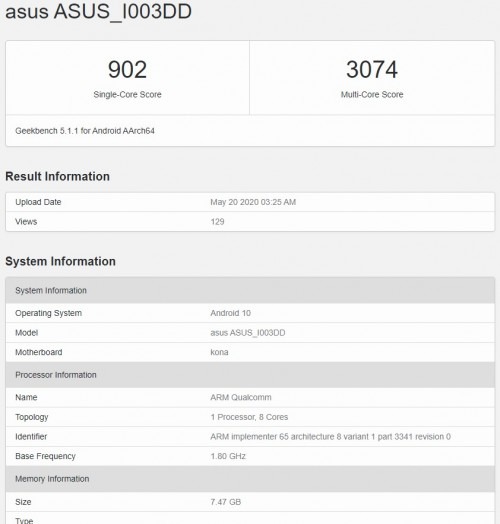 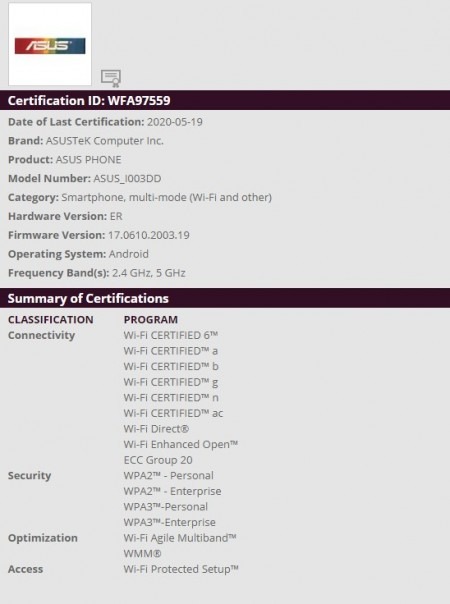 According to the reports, the internal model number of the device is ASUS_I003DD with a score of 902 points and 3074 points in single-core and multi-core performance test. Most likely the device has been running on an earlier version of their operating system means it might be improved further with some tweaks until the launch.

There was a lot of smartphones that this device is going to compete with currently directly. It is one of the devices which is dominating the gaming smartphone market for a while. Unfortunately, there is no for the details available about the device so far, but we believe we might get a few more reports in a couple of days.