Huawei is working on their upcoming new devices that she used to be quite affordable, the Huawei Enjoy Z has reported earlier. Huawei has already confirmed the device and is scheduled to launch on May 24 in China. Now we have to get some New report that confirms its specification and processor of the device its looks quite promising. So let’s take a closer look at the device and Know more about it.

Antutu is one of the most popular benchmarking platforms to test the performance of the device, hence a smartphone with MediaTek Dimensity 800 mobile processor has been spotted where the device is also going to integrated and 5G modem to deliver 5G connectivity.

However, Huawei enjoys Z has already reportedly league with an internal model number DVC-AN00. The same model number has also been mentioned in the AnTuTu benchmark. According to the report, the chipset of the device has been paired with 6gb of Ram and 128 GB of onboard storage. 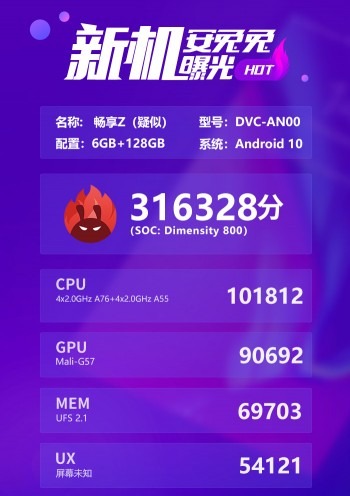 The device will come with a full HD+ pixel resolution having an LCD display panel alongside a side-mounted fingerprint scanner for biometric privacy authentication. Under the heard, the device is going to powered by MediaTek 800 mobile processor uses 4 major Cortex-A76 cores clock at two gigahertz. Further 4 x cores with Arm Cortex-A55 cores clocked at 2GHz and 4x Density 100-class CPU. 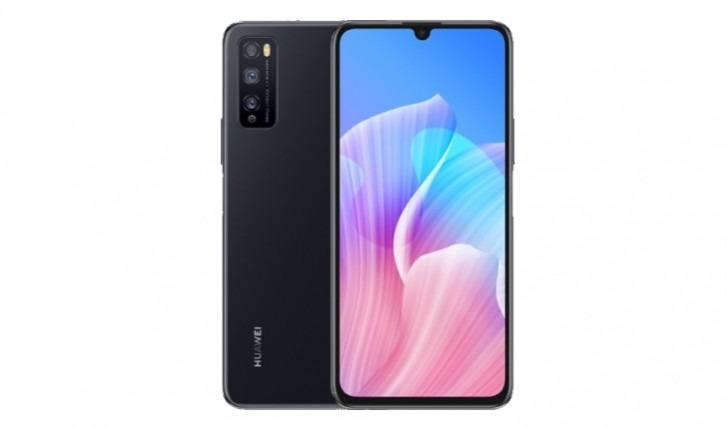 Thanks for being with us we would like to know your valuable opinion and feedback if there is any query share with the comment section down below. Stay tuned for more for the updates in future on same